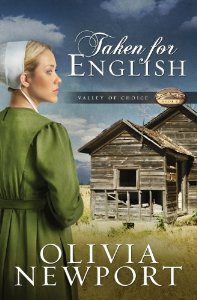 If you get a Facebook message from a name you don’t recognize, do you take it seriously?

Since I’m an author with an author page, I feel some obligation to look at the messages that come through that page!

A couple of weeks ago, a young woman wrote to say she was surprised to see I’d written about her ancestor Sheriff A. G. Byler and wondered if I had a personal connection. A bit of back and forth revealed that she hadn’t read the book in question (Taken for English, book 3 in the Valley of Choice series), but when she was researching what happened to the man who shot Sheriff Byler, who died in the line of duty, the wonders of Google turned up my novel.

The back and forth also revealed without a doubt that this stranger who found me by this curious method is my third cousin twice removed. I had to get out my “Cousin Explainer” chart and plug in names through the generations to make sure I had that right. The short version is that she descends from the brother of my mother’s grandmother. Brother and sister were both children of Sheriff Byler. She’s a lot younger than I am. Generationally, she would fit in the family tree along with my mother’s great-grandchildren.

She lives in Arkansas, where my mother came from, and knows well the town where the historical events in Taken for English happened. Some of my grandfather’s siblings are buried in the town where she lives. She had heard about a branch of the family who moved away to where my mother grew up. Now she knows who they are.

This genealogy thing can be so much fun some days.

I enjoyed working some family history into the Valley of Choice series. I’m really enjoying writing the Tree of Life series now. The Inn at Hidden Run and In the Cradle Lies are both out, and When I Meet You is coming soon—May 1.