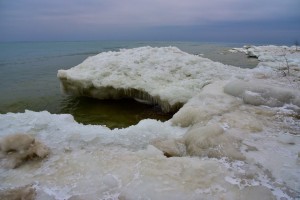 I’ve been missing in action. I admit it. But I haven’t been AWOL because of a conscious decision to desert my own blog. I’m not trying to neglect my duty. I’m a creature of habit and generally stay on top of things.

We all have seasons where the unpredictable becomes reality. Often these same seasons also make us feel the most vulnerable. When we want to be in control, we find ourselves unable to help ourselves. When a new normal comes into play, we struggle to get back to the way we were.

About twelve percent of the population suffer from migraines. It’s the sixth most disabling illness in the world. And it is far more than “a really bad headache.” It’s a complex of neurological symptoms. Sadly it doesn’t simply resolve with a couple of ibuprofen. As painful and disabling as migraines are, for most people they resolve in a few hours. Some take up to three days for the whole process from trigger to feeling fine again. I’ve had some history of migraine in the past, but not for quite a few years.

Until now. On August 5 I had a headache. Originally I attributed it to my chronic allergies. But it didn’t resolve—not in a few hours, and not in few days. A week and a half later, when I was frantic enough to stand in front of the medicine cabinet and wonder what else I could take and in what quantity, I arrived at that bottom moment.

I needed help. And not from random over-the-counter pills.

That afternoon, I went to the doctor’s office for a shot. By the next day, I was off the ledge, but a long way from being free of pain or other symptoms. I learned a new diagnosis: status migrainosus. It’s exactly what it sounds like—the migraine becomes an ongoing status.

I’ve spent a good part of the last four months inside the house with the curtains drawn and lights dimmed. If I go anywhere, I wear sunglasses and I don’t care how many people look at me funny. I’ve seen quite a bit of my neurologist—and have been grateful to have a previously established relationship with a neurologist I trust.

I never knew until now that migraine is considered a “genetic neurological disease.” We’ve tried several medications, evaluating benefits vs. side effects, taken images to make sure there wasn’t something worse happening in my brain, and so on. When I say Maybe this is going to be my new normal, the doctor says he’s not giving up and that he’s pretty good at getting people out of pain. And I’m doing my part in trying to figure out if I have triggers I could avoid. (Triggers are different for everyone, so it’s not an easy process to figure out what they are.) Certainly the symptoms are not as extreme as they were in August or September.

Why am I telling you all this? Not because I feel guilty that I haven’t been blogging regularly, and not because I want you to feel sorry for me.

I’m writing to you in this way because I am not likely the only person still waiting.

On this, the second Sunday in Advent, my thoughts turn to waiting for the Incarnation, as our hearts are called once again to a stable in Bethlehem. I think of the many centuries God’s people waited between the promise of a Messiah and the coming of a vulnerable babe. I think of all creation still yearning for the healing and redemption that yet lies ahead.

And in the middle of that, we all have our own “waitings.” Waiting for that family relationship to finally heal—or at least waiting for the day when the wound is not so raw. Waiting for the next sign that comforts us with a reminder of God’s presence. Waiting for a new season of life that is not as exhausting as the present one. Waiting for a child to meet that milestone, however late it is.

My neurologist gives me hope, and this season of the church year reminds me of the hope I carry like a valuable vessel within me. Even as I wait, I hope.