A Big Fat Book to Sink Into 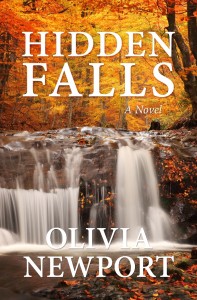 Two months! I just realized how much time has passed since I last posted.

Actually, I think of the month of August as “The Month That Was Not,” because I was under the weather for a few weeks.

But also since the last time I posted, I’ve had an exciting release. Back in 2014, Hidden Falls released in digital formats with the first short part free. (It’s still available that way; remember to download all five parts.) On September 1, Hidden Falls released in one big fat book to wrap your hands around and sink into or one big e-book. No more parts to download.

This is one of the most fun things I’ve gotten to write. I wish I could just swing in my hammock and read it all over again myself.

I have a Goodreads giveaway going right now. Enter before October 25 and you might win one of five copies of Hidden Falls, just in time for cooler weather and settling in for a good read and a cup of tea.