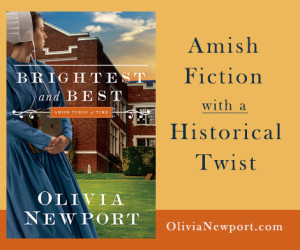 I used to do word search puzzles all the time. Lately not so much. But last week my husband gave me one he found in a book our daughter had given him: Rivers of Brazil. This reflects the fact that my father was from Brazil. (It’s my mother’s line that traces back to early Amish settlers.) But I’m only familiar with the broad strokes of Brazilian geography, so a whole puzzle of rivers was a challenge!

So if you wonder what put me in mind to create a challenge for you, now you know!

The third book in my Amish Turns of Time series just released. Brightest and Best is about the reasons the Amish run many of their own schools now, with students leaving school at the end of eighth grade. In the list below, I’ve mixed the names of characters from Brightest and Best in with names of characters from Wonderful Lonesome and Meek and Mild.

How many characters can you identify from the first two books so you’ll know who you’re meeting in the third? Can you pick out the new names?

To celebrate the release of Brightest and Best, I’m giving away a full set of the three books in this series to one lucky winner. To enter, leave a comment and tell us which of my books was the first one you read.

I’ll draw the winner on August 15.

P.S. Five copies of Brightest and Best are also up for grabs in a Goodreads drawing until August 8.