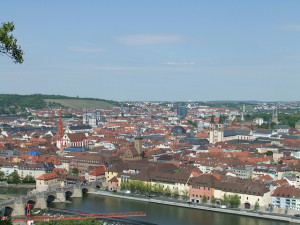 “I’ve had a good life.” Would you say that—and mean it? Whatever your age, can you look back and reflect and feel satisfaction, even blessing?

Most of us spend a lot of time looking ahead and wanting something more, something different, something other than what life carries at a particular phase.

The reason the sentence “I’ve had a good life” sticks in my mind right now is the person who said it.

She’s 81 years old and grew up in Nazi Germany, where she spent much of her childhood seeking the nearest bomb shelter, keeping her mouth shut, and not understanding what happened to the children at school who used to wear the yellow stars. In one night, her home city was decimated in a final burst of RAF bombing just weeks before the end of the war, and her family, which had been well-to-do, lost everything and never recovered. After the war the struggle to stay alive was far from over. When she was 14, she worked as a maid for a family that mistreated her and she nearly died. At 18 she married and emigrated to the U.S. Four months later, when she was 19, she was widowed and alone in a vast country where she didn’t speak the language. She married again, had a family, and was widowed again at 42.

I stumbled onto her story because of a casual comment she made while a group of us at the gym were waiting for our class to start. We’ve met a couple of times away from the gym and she filled in the details and let me see what she has written over the years to help process the loss in her life.

I don’t care how many movies I’ve seen about World War II or how many memoirs or novels I’ve read. Hearing these stories from someone who lived through it, especially as a child, was a profound experience, a sacred gift.

And to hear her look back on her life and speak with joy of having been well loved by two husbands and how much she cherished being a mother and how helping to care for her seven grandchildren for most of their lives has been a privilege—well, it puts a new perspective on things and one that I need to hear.