What I Get for Thinking I’m So Smart 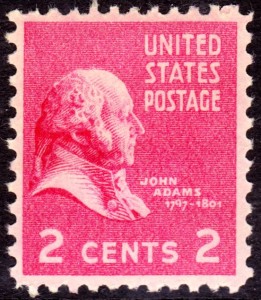 I thought I was being so smart.

I had multiple books to mail out to contest winners. By Monday evening I had everything packaged up and addressed. But here’s where the smarts come in.

I live fairly close to a post office, but it’s always crowded. Seriously. It has such a reputation. A couple of miles farther is one of those little contract stations which is never crowded. I’m in and out, so the extra driving time usually is worth it. So I feel pretty smart.

But on Monday evening, I thought, On Thursday, you’re going to a location that is halfway out to that efficient substation, so just hang onto the packages until then.

I even put the packages in the car ahead of time. I know! So smart!

I left myself sticky notes. I wrote the task in my calendar.

I went out on Thursday as planned. Aaaand I drove all the way home again and then looked over at the packages in the passenger seat.

At that point I decided to see how busy the “main” post office was because it’s half the distance. Busy. I walked out, hesitated, and walked back in. (Feeling a whole lot less smart than a few days ago, I might add.) Annoyed with myself, I got in the long line, estimating at least a twenty-minute wait, but probably longer.

Noticing my hesitation, the woman just ahead of me made the comment that someone in that line inevitably makes—“I don’t know why they have six windows and never more than two clerks working.”

I commented that I had debated going to the other location.

“What other location?” she said.

I explained where it was, and she got excited because the substation was actually closer to her house. She just never knew about it.

Then she said, “You’ve got quite an armload there.”

“Next!” one of the clerks called. We shuffled forward a couple of steps. My companion-in-waiting asked me what kind of books I write.

“These are historicals,” I said.

We chit-chatted. We slid forward. She asked about the books again. Eventually we had a full-fledged conversation about what I wrote that revealed it was a good match for what she enjoys reading, and she asked my name. When our turns with the clerks were imminent, I handed her a card, and she seemed glad to receive it.

She walked out knowing about a more convenient post office option—and a new author. I walked out feeling like the errand had not been a time-suck after all. We agreed that to our surprise the time had been redeemed.

Now I like to be smart. So I like to think I’m smart enough to learn a lesson from standing in the post office line. It’s okay to slow down. Some pleasurable moments happen when I stop careening from one efficiency to another.

You know, real-life moments. Not such a bad idea.