Welcome to the Christian Fiction Scavenger Hunt! The hunt runs from NOON on April 16 and ends at MIDNIGHT April 19. You have a nice long weekend to visit all 34 websites. Here’s a basic overview if you’d like to mark it for reference.

I’m part of TEAM PURPLE, and this is Stop #6. (If you’re joining the hunt here, there are two loops—pink and purple. They begin at Lisa Bergren’s site (purple) or Robin Lee Hatcher’s site (pink) for Stop #1 for either stream. If you complete either loop, you can enter to win a Kindle Paperwhite and autographed copies of all 17 books on that loop. If you complete both loops, you can enter for the grand prize of a Kindle Fire HDX and all 34 autographed books.)

And now it’s my pleasure to introduce Leslie Gould, a fellow author of Amish stories. We’ve had the delight of helping to promote each other’s books, so I’m especially excited to host her during this hunt. 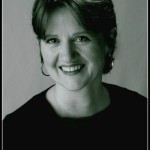 Leslie Gould enjoys church history, traveling, and all types of research. She’s the #1 bestselling and Christy Award winning author of twenty novels and lives in Portland, Oregon with her family. Visit her at www.lesliegould.com. She’s also on Twitter and Facebook.

Here’s the summary of her latest book, Amish Promises: 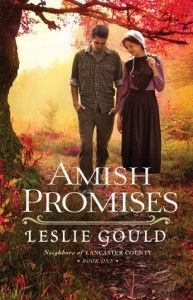 When Joel and Shani Beck arrive at their new home, they’re looking for peace. Shani is thrilled to have Joel back from Iraq, but he needs time to heal, and the quiet of Lancaster seems just the place. They can’t imagine any trouble with their Amish neighbors, the Lehmans, but things get off to a rocky start when their son is involved in an accident that injures one of the Lehman boys.

Eve Lehman has run her brother’s household ever since the death of his wife, but Tim’s a stern patriarch. Despite his protests, she’s drawn to the new neighbor, Shani, and the two begin to form a strong friendship forged on faith and family. Things seem like they’ve quieted down until Joel’s single and handsome army friend Charlie catches Eve’s attention–a man unlike any Eve has ever met. Suddenly life for both families becomes more complicated than any of them could have ever imagined.

And here’s Leslie’s EXCLUSIVE content that you’ll only find on this hunt!

From a character in Amish Promises … Eve Lehman: My Amish Childhood

I grew up on a small farm in Lancaster County, Pennsylvania. 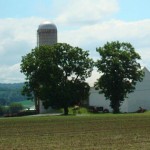 My father worked construction so my brother, Tim, and I were mostly in charge of the farm chores. We raised sheep, which I liked more than Tim did so I cared for them mostly while he did the other outside tasks. I also helped my mother with the house chores—cooking, cleaning, doing the laundry, and canning. 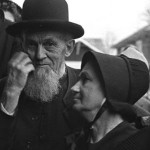 sh families around us. My mother had several miscarriages in between Tim and me, and she ended up doting on by brother because of the losses. My father was harsh and we all aimed to please him.

My best friend growing was Abra. She was outgoing and gregarious. The first time I spent the night at her house I realized why Abra was so confident. She was greatly loved. Her parents adored her, and showed their love to her in many ways. 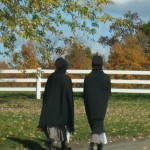 When I was a teenager, I took a job at a nearby bakery and met an Englisch young man there. I began dating him and moved out of my Dat and Mamm’s home and into my own apartment, much to my parents’ horror. I even thought about marrying the young man I was dating—until Abra’s troubles brought me back to the Amish. I broke up with my boyfriend and joined the church.

When the novel—Amish Promises—begins, I’m caring for Abra and Tim’s children. (Yes, my best friend married my brother. It doesn’t happen every day, but it does happen.) I’m also giving away a beautiful quilt Abra made to the new neighbors—a military family who has just moved next door. 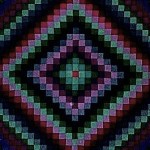 Little do I know how the Beck family, along with their friend Charlie, will challenge every promise I ever made and ultimately change my life.

THE SCAVENGER HUNT SKINNY: Thanks for stopping by! Before you go, make sure you WRITE DOWN THESE CLUES:

Ready! Your next stop is #7, Leslie Gould’s site. If you get lost at any point, Robin and Lisa have complete lists of the loops, along with the prize entry forms.

BONUS PRIZE: I’m giving away to one winner bonus copies of both Wonderful Lonesome and Meek and Mild, the first two books in my Amish Turns of Time series. Enter below by leaving a comment that tells me if you’re following me on Facebook or Twitter. (If you’re not following me yet, just click the links to follow and click back here to let me know.)