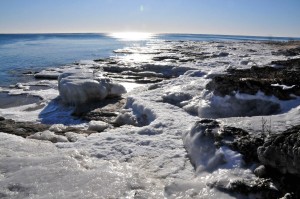 I have a theory—admittedly untested—about people who love snow. The theory is based purely in anecdotal evidence among people I know, whether casually or well.

Most people (notice the qualifier) who love snow either a) grew up in a place where significant snowfall was rare, so the novelty makes it fun; or b) ski a lot.

In my case we can eliminate b. I’ve never skied, and believe me, it would not be pretty if I tried now. Some other day I can write a long litany about how much I fall doing normal stuff.

And we can eliminate a because the opposite is true. I grew up in Chicagoland. Three times after leaving, I have moved back to Chicagoland as an adult. My theory about Chicago is well tested. I don’t like winter there. True enough, I have fond memories of hollowing out a fort with my brothers in a four-foot snow drift and stuff like that. I remember blizzards like January 1967. I learned to drive in Chicago winters. I went on winter youth group retreats. I’ve sat in the front of a speeding toboggan. I have scraped ice off of windshields a quarter inch at a time feeling like my nose was about to freeze and break off. I took my kids sledding. (By the way, they were unpersuaded of the fun factor of snow. Cold. Wet. Ick.)

I’ve even written a story about snow called Snow Song. I tried to be fair. There is a blizzard, but healing events happen in the midst of it.

In 1996 I moved away from Chicago for the fourth time and finally stopped rubber banding back. Now I live in Colorado. We get blizzards here, too.

But not as many. And in between are weeks of sun and mild temperatures. Somewhere I have a picture of my daughter riding her bike in circles in our shoveled driveway. All around her is snow, and she is wearing boots. But she is also wearing shorts, because it was 70 degrees the day after a big snow. The next day the snow was gone. This was not a fluke. It happens.

As I write, I have officially not been out of the house for 72 hours because of snow, single digit temperatures, and below zero wind chills. Churches all over town canceled services, including mine. Sounds like Chicago—except I don’t ever remember churches closing because of weather when I lived there, and my family always went.

I was talking with my mom recently about how we feel about snow. We agree we’ve proved we can function in long, tough winters but don’t feel any need to keep doing it. If we don’t have to go out, why would we? Snow is prettiest in pictures, through a window, and on the top of a mountain. That’s the way I can appreciate snow

I’m looking out the picture window of my living room right now. Everything is white. Not an inch of pavement or yard peeks through, despite two rounds of shoveling. I can’t see the mountain I usually look at because a curtain of snow separates us. When the weather clears, the view will be bright and beautiful, just as it should be.

When it come to pictures, I enjoy the photographs my brother-in-law takes of Lake Michigan in the winter, including the one I’ve posted here.

But I don’t want to be on Lake Michigan in the winter. No sirree. Call me a fuddy-duddy. In this case, I own the moniker.

• How about you? I promise not to snarl if you say you love snow.