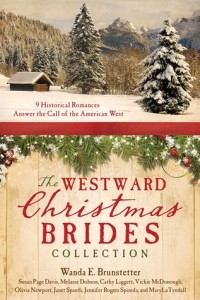 All through my childhood, my dad commuted by train to his job in downtown Chicago. It was a daily chore, morning and evening, for someone to drop him off at the train station in the morning and pick him up in the evening. A lot of my practice driving time as a teenager involved driving to the train station.

Another memory, more vague, was the time I rode the train with my aunt from Chicago to St. Louis, where a brother of my mother and aunt lived. I really have no idea what the circumstances were that had me traveling with my aunt, but I remember how excited I was. Now I realize that going by train from Chicago to St. Louis is not such a big deal—it’s not even all that far to drive—but when I was a small girl, this was a huge adventure.

Later my dad got transferred to New York. While I was in college, for a couple of summers I did office work for the engineering firm where he spent his career. Now I commuted from my parents’ home in New Jersey into Manhattan—by train.

Now I live in a part of the country without commuter trains, and I miss them. We get the occasional freight train through the west side of town, but you can’t just jump on a train and ride into the big city or easily go from one suburb to another. My son sometimes uses the light rail in Denver for sporting events, but first he has to drive a long way to a place where he can park and catch the light rail. It’s not the same as a “real” train.

My husband, who also grew up in the Midwest, used to go with his dad out to the tracks just to watch trains. I totally get that.

All this to say I like trains! I have fond memories of trains, and eventually I learned more about the role of trains in the expansion and industrialization of the United States.

Belinda Michaels loves Hayden Fairbanks, but she needs some time to think about their future and takes an impulsive train ride out of Denver to California three days before Christmas. Of course she doesn’t get the peace and quiet she’s after—or I wouldn’t have a story!

Snow Song is one of nine Christmas novellas by nine different authors in a collection called The Westward Brides Collection. And you don’t have to wait until Christmas to read it. The book is out now, and it’s a great way to enjoy writers you already know and discover some new ones.

And if you start now, and read one each week, you’ll finish just in time for the holidays!