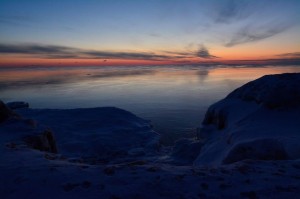 A friend of mine died about a month ago. Sadly, it was not a surprise. He’d been diagnosed with pancreatic cancer 21 months earlier. He was doing fairly well, considering. He worked for much of the time—when his treatments were not making him too ill to function—and enjoyed his family, including three small grandchildren who will learn to recognize him in pictures but have no substantial memories of their own.

Dick and I served together in church leadership during a season of pastoral transition and reevaluation of ministry priorities. I was chair of the church, and he was treasurer. What I remember most about those years was how calm Dick was, no matter what challenges the board faced. I suppose his family could tell stories of his being flustered at home—it happens to everyone—but I didn’t see that. I knew that in the face of complex decisions, Dick would be calm and faithful in his duties and discernment.

Shortly after his diagnosis, when he was 61, we were chatting after church one morning. Dick said, “Of course I would rather I hadn’t gotten sick, but in the end what does it matter if I live to be 61 or 81? I’ve had a good life. I’ve been blessed. I’ve never been sick before this, I have my family, and I’ve done a lot of things I wanted to do.”

I remember standing beside him thinking this was someone who had loved and been loved and was not afraid. He went on to say, “My faith has stood up. I wasn’t sure it would. You don’t know until it’s tested, but it has stood up.” Sunday after Sunday, he came to church, his Little Brother in tow, and sang the words of his faith. I would sometimes eye him across the aisle, watching his lips and wondering if he still felt the same way or if the time would come when his lips would not move.

He sang right up until the end.

Funerals make me think about other funerals, especially those of people close to me. The last funeral I went to, before Dick’s, was my brother’s last year.

My brother and I both loved sugar snap peas and would sometimes taunt each other with text messages and photos about eating them. Fresh. Cold. Crisp. By the bag. After he died, though, I stopped buying sugar snap peas. It just wasn’t the same, and the wound was too fresh to put a pea in my mouth without getting emotional.

It’s the small things that undo us sometimes.

After Dick’s service, there was food and a time to mingle with other people who cared for him. The vegetable trays were laden with sugar snap peas.

And I had some.

Yes, I thought of my brother. But I realized that I think of him and miss him every single day anyway. I don’t want to push him out of my memory. So why not think of him while savoring something he savored, even if for a moment my throat catches?

Dick’s family members are only at the beginning of their season of raw woundedness. I don’t know what small thing will threaten to undo each of them. Perhaps it will be his favorite food or the sight of his hunting jacket or the smell of him still lingering in the closet.

I pray that they will one day receive that reminder as grace and the witness of a life, rich and true.