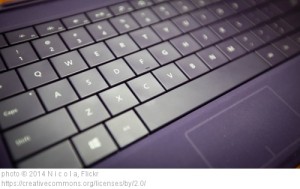 If you’ve ever been on the receiving end of a Word document that originated with someone else, you know that sometimes the formatting can be wonky.

Because of the nature of a project I’m part of, this has been happening to me quite a bit lately. Extra line spaces appear and will not go away no matter how I adjust the settings. Fonts revert to a previous version seemingly out of nowhere. Paragraph indents are convoluted.

1. Copy and pasting from the Internet. Deeply buried formatting carries over and rises to the surface. Again and again.

2. Several layers of revisions. Somebody decided to make it look one way. Somebody else decides another appearance is preferable.

3. Mistaking a computer for a typewriter. Some people really do still tap over on the space bar to indent paragraph or inset quotes, like you would do on a typewriter.

People don’t mean to create problems in the document, but it happens. If they don’t know how to do it right, they do the best they can. Eventually they decide it looks right. Or right enough. And it does. How they got that way is the problem.

It’s like getting to the right answer but crossing your fingers that the  teacher is not going to ask you to show your work.

The next person down the project line inherits the errors in the way the document was put together. As an editor, I try to straighten things out to the best of my ability, because I know that eventually the problem ends up on the desk of some poor, unsuspecting designer who mumbles about editors. Sometimes we manipulate things until they look right, but they aren’t. We might be proud that we got that far, too frustrated to keep trying, relieved to pass it on to someone else even if we know about the problems, or oblivious to the whole mess.

The same thing applies to most things we do. We don’t always find a direct path through what we’re doing. Sometimes we just look at one part of the task, do the best we can, and end up passing on hidden problems to someone else and hoping for the best. We find the release of walking away in the moment, moving on to something else.

Here are lessons I take from this.

1. Do the best you can, but don’t try to hide what you don’t know. The person who inherits the problem likely would really appreciate a humble heads-up that it’s coming.

2. Be mindful of the next person in line. Am I really doing my best? Am I thinking of how my choices affect the people around me?

3. Play to your strengths, but don’t think that means you can’t gain new skills.

I sometimes wear an editor hat but most often wear a writer hat. I’m sure I’ve done some things to make an editor roll her eyes. But looking out from the editor’s chair occasionally sure makes me want to be better about solving problems instead of passing them on, showing compassion instead of self-concern, and thinking about what someone else needs instead of only what I want.

• Where’s the most unusual place a life lesson came from for you?

P.S. I’m wrapping up my work on Meek and Mild which releases early in 2015 (and hoping I won’t drive my editor crazy). But before that Wonderful Lonesome will be out September 1.