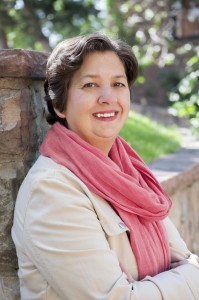 I’m going to talk about 2014, but not because this is a post about a new year.

I’m going to talk about why I might not show up here as much as I’d like for a while.

If this is your first time dropping by my blog, I hope you’ll take a few minutes to click around. Read about my life in the Lens on Life section, my wise witty mother in Mama Says, and various 2012 and 2013 releases in Books in Process. All my books are listed on My Book Table.

If you’ve been here before, maybe you’d like to know what’s coming up in 2014—which is the reason I’ll blog less for a while.

I’m not complaining, because it’s all good, but deadlines are hurtling at me fast and furious right now.

I’m just going to list everything releasing in 2014, which I’m pretty sure will be all the explanation you need for my erratic presence on the blog.

1. Hidden Falls. This is a 13-episode serialized novel from Barbour Publishing’s new imprint, Shiloh Run Studios. These episodes are direct to e-reader (all of them) and downloadable audio formats. Think Dickens: the same characters and overarching story, but a new episode every week. Like a TV show season. The first episode released December 28, 2013 (and is free until January 24). Episode 2 comes out January 24, and that’s when the weekly installments start. They conclude on April 11. I hope you’ll enjoy this warm small-town drama with a side of intrigue.

2. Taken for English releases February 1. This is book 3 in the Valley of Choice series. So if you’ve been following the development of Annie Friesen’s relationship with Rufus Beiler, now’s your chance to learn how Annie’s journey into the Amish turns out. Here’s the trailer.

3. Wonderful Lonesome, releasing in the late summer, launches a new series, Amish Turns of Time. This will be a set of three Amish historicals set in the 1910s. Each story has its own location and cast of characters, but each one tells the story of a defining moment in Amish history. I can’t wait to be able to show you the cover of Wonderful Lonesome!

4. Snow Song. This is a sweet Christmas novella that will be part of a collection releasing in the fall in plenty of time for you to enjoy nine stories from nine authors. The Christmas season will be here again before you know it.

In addition to all this, I’ll be working this year on writing books two and three in the Amish Turns of Time series.

So I’m not ignoring you—just trying to keep giving you great stories! I’ll be back!