I Don’t Get Out Much 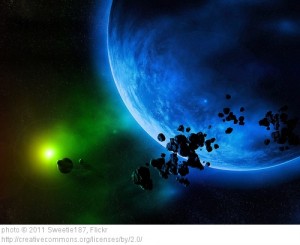 It’s been four weeks since I put gas in my car, and in that time I have driven 118 miles. Apparently my bubble contains my movements to a three-mile radius of my home. Target. Church. Gym. Yeah, that’s about it. If I go to the library, I walk because it’s that’s close.

I have been writing a LOT lately. Pretty soon I will be able to tell you what I’ve been writing, and the good news is you won’t have to wait a year to read it.

On Friday afternoon my friend sent me a text to see if Hubs and I wanted to go to the movies with them. Feeling particularly good about how much writing I got done during the week, I gleefully accepted the opportunity to get out of my cave.

We saw Gravity. Have you seen it? What did you think? Since it’s a fairly recent movie (and thus even more incredible that I’ve actually seen it), I won’t give any spoilers.

We were passing a tub of popcorn among the four of us, but the point came when no one was reaching for the next handful. I found myself holding my breath in reaffirmation that I do not have the personality type to handle the freakish dangers of outer space.

I leaned over and said to my friend, “How’s your blood pressure right now?”

“It’s my claustrophobia I’m worried about,” she said.

Obviously we had both entered into the movie in a bodily way.

Eventually my inner editor kicked in, as it always does at movies—as well as books—and I fixated on a plot point that caused me doubt. A bit of character back story, actually. When the movie was over, I said, “The one thing that bothered me was …”

“I thought exactly the same thing,” my friend said.

“Can you ever just go to the theater and enjoy the movie?” my friend said.

Apparently not. Actually, I did enjoy the movie. I enjoyed my friends. I enjoyed being beyond the three-mile radius of my house. But clearly being a fiction writer gives me a lens through which I see all sorts of experiences, and I can’t turn it off.

• What about you? Tell me about something in your life that gives you a lens through which you see all sorts of experiences.