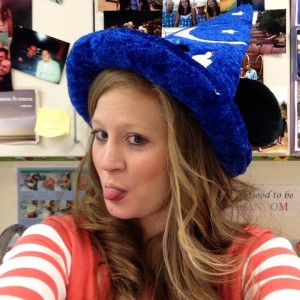 I feel like a slice of deli meat these days, my emotions trapped between the generations on either side of me in the midst of their transitions.

Last week I visited with my mother, who lives in another state. Some of you enjoyed her quips as I recorded them on the Mama Says page of my blog in the past. You can still read her hilarity there. And she still says hilarious things. Her sense of humor is as much a part of her personality as ever. But she is 87, and after the devastation of the sudden death last spring of my brother who shared her home, she transitioned into assisted living, where she is also in a transitional memory care program because of the progressive nature of her dementia.

And on the other hand, over the weekend I helped my recent college graduate daughter move into a home she rented with several friends. She splurged on a brand new six-piece bedroom set that was delivered to the house where she has taken up residence in the master bedroom complete with walk-in closet. Once the delivery guys were gone, she turned to me and jumped up and down a few times and even clapped.

“I tried really hard not to do that while they were here,” she said. (She is a preschool teacher, after all.)

It was an exciting day. She only moved a few miles, and her workplace is still down the street from my house. I’m not worried that I won’t see her or hear from her. And I couldn’t be more proud of the goals she set and reached to graduate from college without debt and with a paid-for car (that is way nicer than mine). While she knew she had a sweet deal living at home while she went to college, the next goal on her list is to experience independent living.

While my mother’s independence is narrowing, my daughter’s is burgeoning. Somehow that makes me keenly aware that I am somewhere in between. I guess they call it middle age for a reason. I have a feeling I’ll be in this reflective stage for awhile, and I hope I see the exquisiteness, and not just the flaws, of each season of life.