And Yet Life Goes On 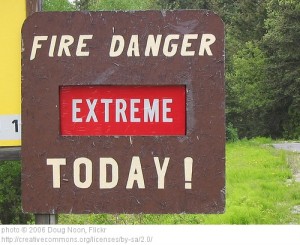 It’s only the last week of June and already summer last left its mark.

I want to feel the sun drench my face while I swing in my hammock. But I also want soft steady rain to drench the thirst of the land and, God have mercy, put out the fires ravaging my state.

These days the term “wildfire” is fraught with internal contradiction. The fires are burning wildly, that’s for sure. But they’re not always in wilderness areas, and they almost always are caused by a human. And that breaks my heart.

From a legal standpoint, the question investigators ask is whether the human who started a fire meant to. Was there malicious intent? Did the person who left campfire embers to dissipate on their own figure out that the opposite happened? Did the person who flicked the end of a cigarette out the car window really not know it could ignite miles of dry brush along the roadside?

And what if the person who started the fire that killed two people, burned 502 homes and cost $8.5 million to fight realizes the truth? Or suspects? Or wonders if maybe … ? Will that person ever sleep again?

I can barely stand to watch the news, or even read my Facebook feed, because of the constant disheartening reports. The other day I thought to myself that it wouldn’t surprise me if the whole city of Colorado Springs went on anti-depressants after devastating fires two Junes in a row.

Except that amid the reports of new outbreaks and smoke hanging in the air and images of loss and distraction are stories of the firefighters who took time to bury a family’s four dogs, and the firefighter who realized that the couple at the table next to his in the restaurant lost their home—one he had tried hard to defend—and bought their meal. And the crowds gathering with encouraging signs and cheers every night at the shift change of firefighters and police. And the hundreds of people who helped their friends pack vehicles before evacuating or housed displaced families. And the rapid mobilization of insurance agents and social services.

And I see the resiliency of the human spirit and the power of community coming together. Those are wonderful truths that point us back to God, in whose image we live even in a world where evil is on the loose.

Chances are your city is not on fire. But pain and loss burn wild through most of our lives at some point. The next time it happens to me, I hope I will remember these wildfire lessons and see the blessing that springs up from ashes. I pray that experience of grace for you as well.