What is your favorite electronic gadget? 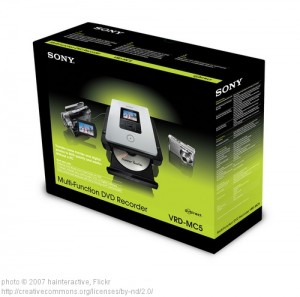 This is a once-upon-a-time story.

Once upon a time, I owned a VCR. The decision to spend the money to buy our first such machine was no small event. Everybody we knew had one already. We’re not what you call early adopters either temperamentally or financially.

But we got one and enjoyed the marvels of recording television shows that came on when we weren’t home for several years.

Then it broke. And despite all the years that we lived happily without one, we couldn’t fathom that anymore. So I paid someone to fix it. Something like $70 for the time to diagnose and replace a broken $5 part.

That was 25 years ago. The event turned out to be a tipping point in my understanding of modern technology.

Electronics are not durable investments. They are commodities that you use up and throw away because it’s cheaper and less interruptive to life to get a new one. And by then the technology has changed anyway so you want something new.

So we’ve had multiple VCRs and then DVD players since that experience.

But you know what? We’ve never had cable and we don’t DVR. And of course no one uses a VCR to record television anymore. So once again we are way behind the electronic times and everybody seems to have what we don’t.

But you know what else? We don’t plan to do anything about that. I try never to say never, so I won’t say we’ll never enter the world of cable television. But right now I’m content to be on the shores of that particular cultural stream.

• How about you? What cultural stream are you standing on the shores of? And what causes you to make the choice to stand where you do?