Are You a Snoopy Neighbor? 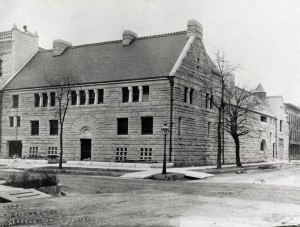 Do you ever wonder what’s going on around your neighborhood that you might not know about?

Most of us are not out-and-out snoops. But we are curious. I once crept out at 11:00 at night because someone unfamiliar was in my neighbors’ front yard and I knew they were in South Dakota for five days. I’m not sure what I thought I was going to do, but I knew something was going on.

It turned out a water pipe had broken and was flooding the yard on the back side of my friend’s house. The neighbor in the next block, whose house sat quite a bit lower, was not thrilled with having his yard washing down toward the house. The unsavory character in dark clothing with a flashlight was from the utilities company. He was trying to find a place to turn off the water from outside the house in the middle of the night.

If you’ve been following my Avenue of Dreams series, you know that the fictional Banning family were neighbors to the historical Glessner family, and I’ve been plenty snoopy about Prairie Avenue. The Glessners’ house has been restored and operates as a museum. They also have a great blog called The Story of a House. You can go here to read all sorts of information about what the Glessners were up to and use your imagination to decide how the Bannings would have been involved in the neighborhood goings-on.

That’s basically what I did, after all.

• What story does your house tell?