How to Come Out the Winner 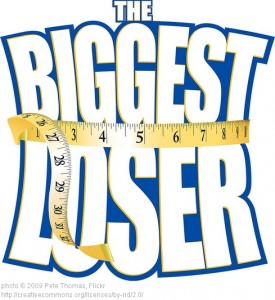 What do you do when you can’t win for losing?

We’ve all had those experiences. No matter what we do, we get slammed.

When my son was three and a half we could no longer ignore that he was not developing normally, particularly the way his language was forming. He knew a lot of words, but he didn’t put them together the right way and didn’t understand most of what was said to him. We were trying to get him into a language-enriched developmental preschool program. This involved a series of evaluations, including a psychologist who worked for the school district.

They explained that they needed to evaluate him without my presence. I explained that he would scream. And not stop. Reluctantly they let me in the room, and I took the approach of being close (it was a tiny room) to keep him calm, but to keep still and silent and not do anything that could be construed as interfering with the observation or evaluation.

When the report came out at the meeting with the evaluation team, the psychologist suggested there was a parenting issue because I had not intervened to redirect my son’s behavior to the little blue chair.

Yep. Did I mention the psychologist did not want me to be in the room in the first place?

Her conclusion? He had lots of words, but it was his behavior disorder that would qualify him for the program.

The speech and language therapist we were seeing had to pull me off the wall. “We got what we wanted,” she said. “They’re taking him into the program. From now on the teachers matter.”

More than 20 years later, I still remember the lessons of that day about how to respond when I can’t win for losing.

1. Keep my eye on the goal. The path to getting there may take unexpected turns, but that’s no reason to get distracted from the main thing.

2. Take support into trigger situations. The therapist knew how these things played out. She was not rattled in the least. I did not have to depend solely on my own judgment.

3. Take one for the team. I can be right without looking like the winner, if there is even supposed to be a winner. I knew my child. I knew the evaluation would turn into a horror if he was separated from me. I did the right thing, no matter what that report said about me.

4. Don’t try to prove anything. Just don’t. Save yourself the aggravation. Swallow those words. Be humble. Trust God. And play nice.

• How about you? What advice do you have for situations when you can’t win for losing?