Who Is Your Imagination Partner? 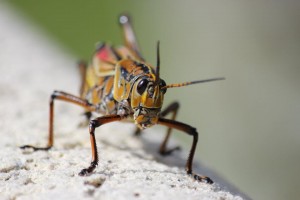 It’s my brother’s birthday. I would say my “little brother,” but he’s not that much younger. I am one of seven kids and am squashed between a couple of brothers so closely that, as a parent, I have many times wondered what in the world my parents were thinking. Besides, I have another brother who is enough younger to be the Little Brother.

I think Birthday Brother liked his birthday, October 22. He once had a guinea pig and named it October. The beloved pet went the way of many guinea pigs, who I don’t think have long life expectancy to begin with, and he got another one. He called this one 22.

Eldest Brother used to like to let the guinea pig out of its cage and bring the dog into the room at the same time. For sport. October, or maybe 22, would scamper behind the couch and the dog, a small mutt, would be on the chase.

I could hardly stand to be there.

I have four fine brothers and am proud to be related to everyone of them. But perhaps because Birthday Brother was also the sibling closest to me in age, I remember spending a lot of time together.

The house we grew up in had one thing going for it when my parents bought it. Big. At least compared to the house of my preschool years, and baby number 6 (Little Brother) was on the way. As an adult, I realize it was a decorating nightmare. I always thought my mom was so creative and resourceful—and she was, but she was out to slay a dragon.

The dining room had more than one pattern, probably representing layers. The one I remember was in a corner on a narrow strip of wall. It was a brick pattern.

Birthday Brother and I (ages freshly 5 and looking at 4 when we moved in) developed a repertoire of imaginary characters that we would take on and act out the stories as we made them up. We began assigning certain imaginary games to certain bricks in the wallpaper. We did not actually write on the wallpaper, mind you, but we knew which was which.

Our playtime became episodic story lines, like TV shows. When we decided we wanted to play together, we went to the wall to discuss our options. Who would we be, and what would be the plot set-up? One lucky brick would be the winner. A favorite was “Two Men.” (Hey, it was the 60s and little girls had not yet discovered they could grow up to be in charge of anything.)

We had a few good years with that wall before Mom got it in her creative, resourceful vice and insisted that the walls of the dining room should match each other in some fashion. Birthday Brother and I were crestfallen in truly dramatic fashion, but this was a plot complication beyond our control.

All this is to set the stage for my question:

• Who has been your partner in imagination? Not just stories. Maybe your life. Maybe a way to change the world.

I hope that someone helps you do that even now.