Of Cupcakes and Mops 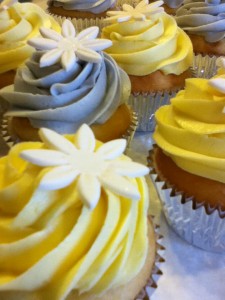 It’s too bad I’m not better about celebrating.

I’m one of those people who just does the next thing that needs doing. In May I released The Pursuit of Lucy Banning, the first in the Avenue of Dreams series. I think I mopped the kitchen floor that day. Although a couple weeks later I got to be part of a thoroughly awesome Internet launch party with three other authors.

Two days ago Accidentally Amish released, on October 1. This is the first of the Valley of Choice series. Good thing I mopped the kitchen floor the day before release. The day itself was pretty average. I did get to spend the evening with my book discussion group, where I could show off copies of my book and eat a best-in-the-city cupcake (which I would have eaten even if I didn’t have a new book because book group is one of those grace-filled places where guilt is not nurtured). A blog tour is coming up October 22-24, so we’ll spread the love around.

And today marks one year of consistent blogging, an accomplishment in itself. If any of you blog, you’ll understand. That’s enough words for at least another book—if only there were a plot! Is there such a thing as a Happy One Year of Blogging party? Because there really should be.

Okay, so I don’t throw myself big bashes. But I do savor the enthusiasm for my books among people I know in real life and in cyber fashion. An usher at church a few weeks ago handed me a bulletin and giggled, “It’s almost October!” I ran into another friend at the library and she said, “Your book is coming out on my birthday. It makes a perfect present.” One of my best friends keeps saying, “I’m so impressed!” and I dig my toe in the dirt and say, “Aw, shucks.” On my Facebook page people are oozing with anticipation and I feel kinship and encouragement from kind comments and likes and eager questions.

So help me out here. Celebrate with me by telling me what you do to celebrate the milestones in your own life and work. What gives you the most satisfaction when it comes to celebrating?