What Are We Willing to Believe? 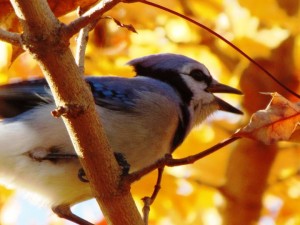 A few weeks ago my friend Pat died. I wrote a while ago about the beautiful decades-long friendship between Pat and Esther, whose children are married. At Pat’s funeral, twice I held Esther while she sobbed and said how much she was going to miss Pat. And she will.

Pat was a lifelong reader and so consistently encouraging to me about my writing. By the time my book came out last May, though, I don’t think she was well enough to read much, so I didn’t push it.

I feel sad all around, and I make no apology for the reality of grief.

More recently a friend told me of receiving heartbreaking news about serious illness in an older friend who has left an indelible mark in the lives of my friend and her children. This is an illness that will not end in a rally and cure. It just won’t. And no one should put this godly man through the falsity of pretending it might.

If you’ve been following pre-election debate (or clawing animosity, depending on how you look at it) about Medicare, you may be aware that a huge portion of the annual Medicare budget is spent during the last few months of people’s lives.

Let me stop right here and clarify—and I mean be crystal clear—that what I am about to say is non-political and does not mean I think that age combined with serious illness is a reason to withhold reasonable care.

So here’s my question.

As people of faith, what do we really believe about these moments, or even months, when life is coming to an end?

Do we believe that the purpose of life is to help us resist death even in the face of the impossible? Or are we certain that Christ conquered death and we no longer have to quake in the shadow of that great enemy? Which is no enemy at all anymore.

I don’t think we can have it both ways, but we sure try.

What might happen in our culture, where health care is such a hot button, if people of faith lived out what we say we believe?