Michael K. Reynolds on: Three Writing Challenges That No Longer Scare Me

We continue a summer series on writing challenges by a variety of authors. Welcome Michael K. Reynolds. 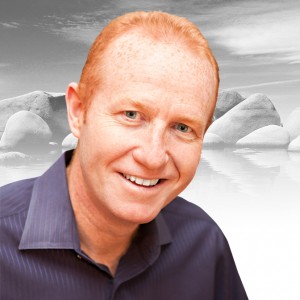 There are probably always going to be those things which terrify writers: a blue screen showing up on your laptop, your book in the “Take Them, They’re Free” shelf at the library, and having a book signing event where only your mother attends.

But with so many genuine fears for us to confront in this daunting pursuit, I’m here to debunk a few myths which may have been causing you many sleepless nights.

Challenge One: The Competition is Brutal

Writers conferences are churning cauldrons overflowing with rampant insecurity and hyper-paranoia. So many writers are crippled by the notion that “there is somebody out there that writes better than me.” We become crushed when our brilliant ideas are shot down or when we feel our writing is in any way marginalized. Others of us wander around with briefcases and dark glasses painfully frightened that “unscrupulous no-talent writers are going to steal our one and only good idea.”

It’s true the competition is steep. There is a large population of gifted writers with incredible stories. But the competition is not brutal. In fact, you’ll find most writers to be extraordinarily humble and kind. Writers understand writers, and the good ones, at least, will root and cheer for you along the way. Embrace the competition. Befriend them. Learn from them. Join in on their journey and pray for their publishing dreams to come true. You’ll be blessed. Your number one goal at a writers conference should be to make more writer friends.

Challenge Two: The Publishing Industry is the Evil Empire

Authors are the most sensitive people on the planet. If we weren’t, how could we write effectively about emotional hurt? That’s why we get so defensive when our book proposals aren’t celebrated. We don’t want to believe that as writers we’re always a work in progress. It must be that The Machine is broken. The Machine is unfeeling. It doesn’t care about good literature. It just panders to the drooling masses.

We must keep in mind that we can write anything we want But if we want it to be a published novel, and not just a personal diary, we have to think outside of ourselves into the needs of our readers. The publishing industry is designed to help writers connect with readers, and they’ve been doing it effectively for centuries. Traditional publishing may not be the best option for us, but if we choose to pursue this route, we need to approach this path with humility and a willingness to learn from the best.

Challenge Three: All Editors and Agents Are Snooty Faces

Do we really have to hear one more time just how busy editors and agents are? Heck, we have to write the whole book; all they have to do is read our four-paragraph query letter. What’s wrong with these literary elitists?

From the outside looking in, it’s not a huge leap to believe editors and agents are an arrogant and insensitive lot. The problem with this belief is that it’s simply not true and thinking in this fashion is only going to end up with you bumping your head against many closed doors.

Agents and editors are some of the most fascinating, encouraging and talented bibliophiles you’ll ever meet. They live, breathe and love books as well as (most) authors. The reason they can come across as stand-offish is they are constantly under assault by millions of us pen-wielding paparazzi who believe our precious, little works of art are the world’s most historically wonderful use of the written word.

So you see, my friends, there is nothing to fear but fear itself. Well, actually there are still plenty of reasons for wanting to drop to the ground and curl into a ball when it comes to this crazy industry, but hopefully these are three things you can cross off of your list. Remember to make some new writer friends and to be passionate about learning the art of reaching readers. And while you’re at it, don’t forget to say a little prayer for all of those dear, sweet editors and agents. 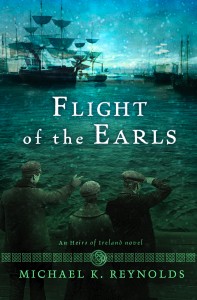 Michael K. Reynolds is the author of the popular Christian blog titled, “Real Life. Real God.” His Heirs of Ireland historical novel series  (B&H Publishing Group) is due for release beginning this winter. His debut novel, Flight of the Earls, is now available for pre-order. You can learn more about Michael and subscribe to his blog at www.MichaelKReynolds.com