Latayne Scott on Three Writing Challenges That No Longer Scare Me 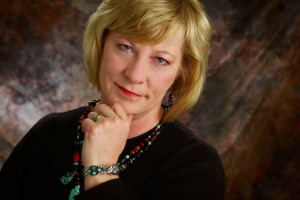 When my first book was published by Zondervan, I was 27 years old. I didn’t really understand how phenomenally God had worked in my life. I had only magazine credits and had been out of Mormonism for about three years when another author recommended to an editor that he consider a proposal from me. That nonfiction book, The Mormon Mirage, has gone through several major updates and has stayed in print for most of 33 years.

It’s a controversial book, and a lot of people are looking to an insider’s view of what Mormonism is all about, especially in view of the current political situation. But starting out my book publishing career with a book that caused people to threaten me, curse me, and tell me how much they hated me – this hardened me to a lot of criticism.

So I can begin with that thought to list three “Ds” of writing challenges that no longer scare me:

Dissent: Having 13 million people mad at you teaches you a few things. One is not to haunt online sites where you’re likely to be criticized. If you read reviews of some of my books on Amazon, for instance, people who “diss” a book usually don’t say it is inaccurate and give examples, they attack my credibility (one person who obviously didn’t know I first wrote the book in 1979 said I’d just written it to cash in on Mitt Romney’s popularity, for instance), or my style. But I have always had a strong sense of being commissioned to write this book, no matter what the opposition. Because God wanted it written, it was acquired and written. Because God sustains it, it stays in print. I’m honored to be part of such a thing. You can read about some ongoing issues regarding Mormonism on my blog, www.latayne.com.

Diversity: While I continued for years writing nonfiction books and articles, I have always loved literary fiction and yearned to write it. How did I get over the fear of writing in a completely new genre? Education. I took a class in novel writing. I outlined (literally) books that had effective plots. Finally I was ready to start to write my first (published) novel about a series of crimes in Salt Lake City that cause some thinking Mormons to re-evaluate their faith (Latter-day Cipher). I organized that book using a book and workbook by Evan Marshall called The Marshall Plan for Novel Writing. I knew I didn’t know a lot, and was glad to take instruction. The editor who acquired this book told my agent he thought I’d been writing novels my whole career.

Distraction: For years, especially once my children began school, I believed I needed silence and solitude to write. I couldn’t even have background music playing. But then I was faced with an extraordinary challenge: Co-write a full-length nonfiction book in four months, one with a lot of technical and archaeological information in it. Okay. But I signed the contract in the ICU as my husband lay paralyzed with Guillian Barre Syndrome. (He was hospitalized five and one half months, during the entire writing of the book, and is still a quadriplegic though he is home and expected to eventually recover.)  My church, family and friends rallied to help us in this horrific situation. Without them it never would have happened—they brought me meals, sat with my husband, ran errands, many other servant-hearted deeds. So I learned to write in the ICU, in a long-term acute care hospital, in a rehab hospital; in the hospital chapel, in the parking lot in my car, in clamorous restaurants and situations where people came and went day and night, and alarms sounded and homeless people wandered around. Only God can enable such things. Only God could rewire a writer’s brain to be able to write a book under those circumstances. 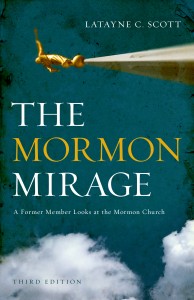 Latayne C. Scott is the author of sixteen books, published by Zondervan, Baker, Word, and other publishers. Pepperdine University gave her its Distinguished Christian Service Award for “creative Christian writing.” She is represented by Janet Grant of Books & Such Literary agency, and blogs with five other novelists at NovelMatters www.novelmatters.com . Her most recent books are a novel, Latter-day Cipher (Moody); The Mormon Mirage: A Former Member Looks at the Mormon Church Today (Third edition, Zondervan): and The Hinge of Your History: The Phases of Faith (CreateSpace.) Her co-authored book, Discovering the City of Sodom: The Fascinating, True Account of the Discovery of the Old Testament’s Most Infamous City will be published by Howard Books/Simon & Schuster in 2013.