Kathleen Y’Barbo on: Three Writing Challenges That No Longer Scare Me 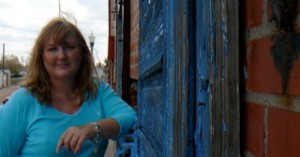 We continue a summer series on writing challenges by a variety of authors. Welcome Kathleen Y’Barbo.

Challenge #1: I write, and I admit it. That may sound silly, but there was a time when writing was something I didn’t mention except in the company of other authors. The challenge of telling someone you’re a writer usually brings on the requirement that you explain. Before I was published, this meant enduring the questions about publication and coming up with a feasible explanation as to why I continued to write even though I wasn’t getting paid for it. Later after I’d had a few books under my belt, the response became, “Do I know you?” That hasn’t changed much, though it is nice to be paid for it.

Challenge #2: I’ve learned to turn off my internal editor. In my early days of writing, I had no clue about the rules. I just wrote. Words flowed without any thought to structure, character arc or any of the other important parts of a novel. What I write is much better than it was way back then, but rarely does it flow like it used to. However, when I turn off my internal editor and just let go, I find I do have some wonderful gems to clean up and polish later.

Challenge #3: I’ve stopped comparing—mostly. If you’re a writer who has been at it very long, you will no doubt understand that there have been occasions when I wished someone else’s success was mine. I didn’t begrudge him or her the accolades, the contract, or whatever form that success took. Instead, I wanted it too. I still have those moments, but I am far quicker to remember that the Lord measures our steps and decides our path. Why am I to complain? And honestly, the fact I get to write? Oh, that is a reward all its own…most days!

Bestselling author Kathleen Y’Barbo is a multiple RITA and Carol Award nominee of over forty novels with more than one million copies of her books in print in the United States and abroad. A certified family law paralegal and former literary publicist, she was recently nominated for a Career Achievement Award as well as a Reader’s Choice Award by Romantic Times magazine. A tenth-generation Texan, Kathleen Y’Barbo has four grown children, seven bonus children, and her very own hero in combat boots. Find out more about Kathleen at www.kathleenybarbo.com.