Cynthia Ruchti on: Three Writing Challenges That No Longer Scare Me

This post continues a summer series of guest posts by a variety of authors. Welcome Cynthia Ruchti. 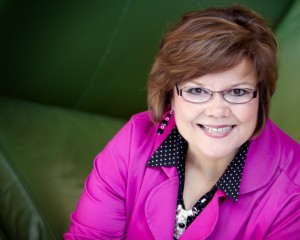 I’m not fond of snakes.

I’m not fond of them, but I do have a new perspective. Some of them eat mice and I’m way not fond of mice.

Most of the snakes around here are harmless, and so nervous about humans that they’ll slither off if I stomp my foot in the garden.

One day late last spring, I had finished packing for a speaking trip but desperately wanted to get the garden planted before I left. The ground was fertilized, tilled, raked. I drew my half-inch deep trough in the dirt and began to lay bean seeds at the precise intervals specified on the seed packet.

Halfway down the row, a snake wiggled its ugly self across the trough like an evil barricade. Did I run screaming into the house? No. I said, “Buddy, you’d better move, because one way or another, this garden’s getting planted.” I kept laying down those carefully spaced bean seeds with one eye on my serpentine roadblock.

I won. He caved and got out of my way.

My natural distaste for—okay, fear of—snakes was overridden by my drive to get the beans planted.

And that’s how I write. It’s not that I’m no longer “scared” of certain writing challenges, but that those fears are overridden by my drive to communicate through story.

So when I’m stuck on a plot point, I keep plowing (clever, huh?) on ahead as if to say to the problem, “You might as well move over. The book’s getting written anyway!” Then I call a friend to give me the gift of five brainstorming minutes. Even if I don’t use the idea presented, the process of brainstorming ignites the imagination.

Writing and speaking often go hand-in-hand. I used to joke that I’d rather sing three songs than say my own name into a microphone. So what did the Lord do? Stuck a microphone in my hand and assigned me to on-air radio ministry, then asked me to speak to women’s groups and at writers’ conferences. When I stopped trying to be the best speaker and instead focused on being the best listener, the fear of speaking into a microphone faded. I listen for the heartbeat of the audience, listen for the heartbeat of heaven, and watch as the Lord connects the two.

At one time, I feared I wouldn’t be noticed as an author. I’m smarter now. I fear a reader noticing me or my words but missing Him.

Those fears are little slithery things in my way. I’m too determined now to let them keep me from planting the rest of this row. 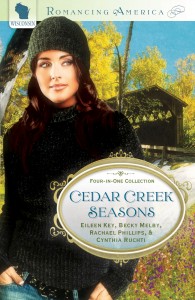 Cynthia Ruchti is an author and speaker with a passion for telling stories of Hope-that-glows-in-the-dark, whether at women’s events, writers’ events, in her novels, her non-fiction, or with a grandchild on her lap. She is a past-president of American Christian Fiction Writers and currently serves as ACFW’s professional relations liaison. You can find her at www.cynthiaruchti.com, www.hopethatglowsinthedark.com, on Twitter, Facebook, LinkedIn, Google+, and sometimes in her garden. With her debut novel–They Almost Always Come Home–on the shelves in addition to a novella in A Door County Christmas (paperback version sold out but still available digitally), and His Grace is Sufficient…Decaf is Not devotional collection, Cynthia anticipates the September release of another novella collection–Cedar Creek Seasons as well as a full-length novel in early 2013, a non-fiction mid-2013, and another full-length novel in 2014. So far. 🙂