Richard Mabry on: Three Writing Challenges That No Longer Scare Me 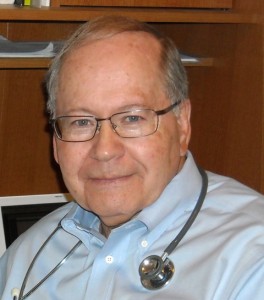 We continue a summer series of guest posts by a variety of authors on writing challenges. Welcome Richard Mabry.

I freely confess that I’m afraid of some things. For instance, although I served for three years in the Air Force, flew (as a passenger) countless hours, and participated in a helicopter rescue of a critically ill crewman from a merchant ship—I’m afraid of heights. When we’re in the glass elevators of San Antonio’s Hyatt Hotel, I stand next to the door and face away from the glass walls. It took every bit of courage I could muster for me to traverse Canada’s Capilano Suspension Bridge, braving the journey despite a 230-foot drop to the river below.

It’s okay to be afraid. Some fears are healthy. For instance, I fear Black Bears and Grizzlies, and if I’m ever near one of them I plan to seek safe shelter ASAP. That’s a healthy fear.

Writers are subject to lots of fears, and I’ll admit to some of these as well. But along my road to writing, with four published novels and a non-fiction book under my belt and three more novels under contract, I have learned not to be afraid of some things. I’d like to share three of them with you, and hope that the writers in the audience will see my logic and join me in discarding these three fears out of the many that plague us.

The blank screen: People frequently ask me, “Where do you get your ideas for your books?” Ideas are all around if we start with the two magic words author Alton Gansky taught me years ago: “What if?” For example, while reading Robert Frost’s words about home being the place where they have to take you in, I thought, “What if a doctor fled to her hometown, only to find that someone there wanted to kill her?” This gave rise to my first novel, Code Blue. Other questions led me to write Medical Error (my step-son’s paranoia about identity theft), Diagnosis Death (charges of mercy killing brought against a colleague), and most recently Lethal Remedy (a retraction in a medical journal of fabricated drug research). So ideas are all around us. Writers need not fear the blank screen—only our unwillingness to fill it.

Agents and editors: The current climate of publishing requires that a writer either self-publish (which is fraught with pitfalls for the unwary) or acquire an agent to act as advocate with editors and publishers. Because we desperately want such representation and conventional publication, we tend to hold agents and editors in high regard. We go out of our way in our dealings with them to put our best foot forward. But once I had an agent and a contract, I noticed these were real people, not demi-gods to be placed on a pedestal. And if I said something wrong, I wouldn’t be cast into utter darkness. I can truthfully say that my agent and my editors have become my friends. My advice to as-yet-unpublished writers: be respectful of these people, don’t be fearful.

Reviews: After the publication of my first novel, I checked my Amazon rankings almost every hour. I set Google alerts (it’s free, folks) to notify me every time the book was mentioned on the Internet. I exulted in good reviews, descended into the depths of depression with the bad ones. I even pestered my publisher for sales figures, only to be told that the information wasn’t currently available. But eventually I got tired of it all, so I stopped worrying. My good friend and golf partner, Jerry Gilmore, once loaned me a tape (that tells you how long ago) about success, and one line stuck with me: “I cannot expect to be universally loved and respected.” So when I run across a bad review, whether on a bookseller’s site, a blog, or in social media, I shrug it off. And I try not to make too much of the good reviews as well. I write because I believe God has some messages He would like me to share. Beyond that, it’s out of my control.

So there you have them, three things I’ve learned not to fear on my writing journey. How about you? Are there still boogie men in your closet and under your bed that make you nervous? Trot them out, tell us about them, and maybe together we can help you put them behind you. 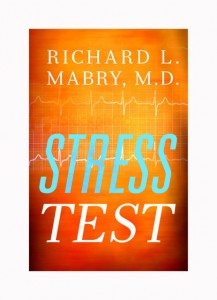 Dr. Richard Mabry is the author of four published novels of medical suspense. His books have been finalists in competitions including ACFW’s Carol Award and Romantic Times’ Inspirational Book of the Year. His latest novel, Lethal Remedy, won a 2012 Selah Award. His next novel, Stress Test, will be published next spring by Thomas Nelson.  He currently serves as Vice-President of the American Christian Fiction Writers.