Who Decides a Book’s Title? 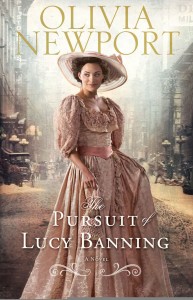 I like to tell people the titles of my new books.

Here’s how it goes. A writer pulls her hair out trying to come up with a zinger of a title that will grab an agent or editor’s attention. Then you sell the project—which may or may not have had anything to do with the title.

Just when you get attached, the publisher wants more brainstorming.

What? Didn’t I already send you the perfect title?

This is nothing new. In the 1890s, one Thomas Hardy novel started out as The Simpleton, then became The Recalcitrants, and then Hearts Insurgent. Under this title Harper’s New Monthly Magazine serialized the novel. Then Harper’s discovered they had already published a book with that title by another author.

Hardy’s book title was changed to Jude the Obscure, which is how we still know it.

My historical series set in 1893 Chicago was originally called The Prairie Avenue Series because it is set on a real street named, you guessed it, Prairie Avenue.

I thought it was perfect. The publisher? Not so much. The series became the Avenue of Dreams, which now feels like it’s the name it was always meant to have.

I don’t claim to be a titling whiz. The truth is I never felt confident about the title under which I submitted book 1 of this series. I’m not sure how much help I was in brainstorming, but I’m very happy with the result of the publisher’s process—The Pursuit of Lucy Banning, and book 2, The Dilemma of Charlotte Farrow.

I can only dream that these titles will linger in memory for even a fraction of the years that Jude the Obscure has endured.