Surgeries That Changed My Life, Part 2 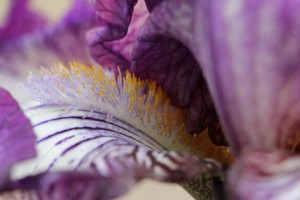 I was nine when I got my first pair of glasses. They were pink.

I was 14 when I got my first pair of contact lenses. They were blue. My dad knew I wanted them, but it was the eye doctor’s comment that contacts might actually help slow down the progression of my myopia that made Dad finally nod his head.

I was 42 when I moved to Colorado, which is a high desert climate zone. In other words, dry. And windy. I felt like I had grit under my contacts all the time, and within a year I had a pair of wear-all-the-time glasses. I just Could. Not. Stand. to wear contacts and live in Colorado at the same time. By then, early forms of surgery to correct vision were popping up. But they were pricey, and I’ve never been one to live on the cutting edge of change. (Ha ha. Get it?)

Surgery methods changed rapidly in those years. As I knew more and more people who had corrective vision surgery and were satisfied with the outcome (an understatement!), I began dreaming about how nice it would be not to have to grope for glasses to see well enough to get to the bathroom in the middle of the night. That’s how blind I was. I never did anything without reaching for my glasses first.

I began to save freelance dollars earned during evenings and weekends.  I investigated methods and local surgeons. It took most of a year, but I finally had enough money. By then no knives were involved (because, like, eew, knives in the eye?), but rather this surgeon used a laser.

So I did it. Changed my life. Ah, the freedom! Not being shackled to glasses for every stinkin’ action liberated my spirit as well.

Of course, they made me sign 4,267 forms indicating I understood that my eyes would still age normally and I would likely need reading glasses later. (Which I do.)

Two years later I had a detached retina.

Don’t jump to conclusions. It had nothing to with the original eye surgery. In fact, it had to do with all those years I was extremely nearsighted. Turns out, severe myopia raises the risk of a detached retina. I could have lost my sight in that eye, but that’s another story. I didn’t, thanks to a retina specialist and his laser.

I keep cheap reading glasses in every room of the house. Each time I pick up a pair to read something, from a recipe to a full-length book, I am thankful for the surgeries that gave me the freedom of sight. I never take for granted being able to see.

Who doesn’t take vision for granted until it is threatened? We look at what we want to look at, and the eyes do their thing. I like to think that in these years that I have enjoyed better vision—restored vision—I also notice more and soak in the beauty around me, both with the eyes in my face and the eyes of my heart.

Next Monday: Surgeries That Changed My Life, Part 3