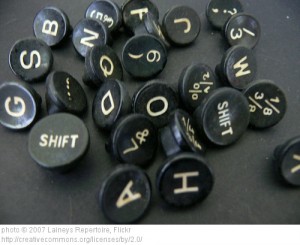 I was twenty years old and a college student in southern California. A friend who knew I liked to write heard about a writers conference at Mount Hermon that coincided with spring break. She thought I should go. When I said I had no money, she pointed out that they offered scholarships. She could give me a ride up, since it was near her home. All I had to do was find a ride back to campus.

Swallow. Had my friend forgotten that I was an introvert? Me, go to a conference full of strangers?

I applied for a scholarship and got one. Only years later did I realize what a big deal it was to go to the Mount Hermon writers conference. I have two clear memories of that experience.

First, a workshop instructor took me seriously. I signed up for the fiction track, which a publishing stalwart named Norman Rohrer was teaching. Every day we had to turn in a fresh assignment, and he critiqued them all aloud so everyone could learn from the comments. Talk out feeling naked. But I took the assignments seriously and Norman Rohrer took me seriously. In fact, I rose to the top of the class in his daily comments, and on the last day he said aloud, “This writer has a future in fiction.”

Second, in contrast, some other writers did not take me seriously. Or anyone like me. Somehow I solved the challenge of finding a ride from Mount Hermon back to Santa Barbara. I rode with a pair of thirtysomething friends from LA. Mostly I dozed in the back seat and they dissected the conference in the front seat.

I don’t think they knew I was awake when one of them made a comment about “these nineteen year olds who come to a serious writing conference and have no idea what they are doing.”

Okay, so I was twenty, not nineteen, but it was hard not to take the comment personally. I hid behind my closed eyes and savored the knowledge that “this writer” Norman Rohrer had commended was me.

My journey to publishing fiction has been long and winding. My first novel, The Pursuit of Lucy Banning, is just releasing now, so I suppose it remains to be seen whether this writer will have a future in fiction. I hope so.

Through the years, I’ve had several opportunities to encourage young writers. Because of both of my Mount Hermon encounters, I make extra sure to treat young writers with dignity, respect, and a wide open future.

• What has someone said to you that has stuck with you through the years?