Today I bring you a guest post from Steve Reginald, the guy who singlehandedly is dragging all of us to the nineteenth century on the Avenue of Dreams. 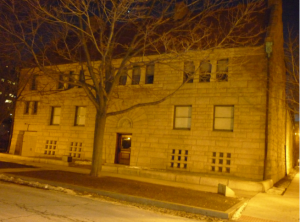 The Glessner House seems to glow in the evening.

Almost three years ago, I sat in the coach house of the Glessner House Museum, in Chicago, for the first time. I was there to train as a new docent. I had lived less than two blocks from the Glessner House for years, but knew little about its history.

What I learned about the Glessner House, and the “Prairie Avenue District” around it, got my imagination churning.

Previously, for eleven years, I worked in trade publishing and was responsible for producing a popular romance series. Being an amateur historian, I enjoyed reading the historical manuscripts and working on plot lines with authors. While I was sitting in that coach house learning about the richest residents of Prairie Avenue—Marshall Field, Philip Armour, and George Pullman—my brain started pumping up scenarios for a historical fiction series. 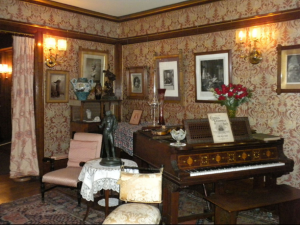 I’m a writer and editor, but I’ve never written a novel. I thought about trying to write the series on my own, but feared it would take me forever. Fortunately, I knew an author I thought would be the perfect partner.

Though we have met only twice, Olivia Newport and I have worked together since the mid-1990s. Generally I was an acquisitions editor assigning work-for-hire projects, and I discovered early that Olivia was someone I could rely on to get things done on deadline. (You have to be an editor to know how important that quality is, but I digress.) She even shared with me a still-unpublished novel, one of her first full-length fiction manuscripts.

Shortly after my docent training started, I contacted Olivia and suggested we partner on a historical book series set on Prairie Avenue during the late nineteenth century. Olivia would do the writing and I would do the principal research.

Olivia was hooked immediately. We were off and running! 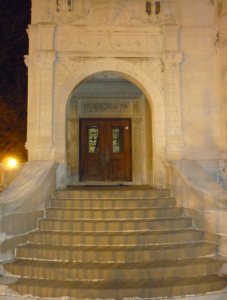 Within fifteen months, we had a contract for three books in the “Avenue of Dreams” series. Olivia wrote chapters in Colorado Springs and I reviewed them in Chicago, checking for historical accuracy. Sometimes Olivia would ask me a question like, “How did people in Chicago celebrate July 4th in the nineteenth century?” I would comb old newspaper articles in search of the answer. It went on like this for months. Both Olivia and I got to think of our fictional characters as real people complete with backstory.

In all the years I’ve worked with Olivia, I always thought she could be a best-selling fiction author under the right circumstances. When The Pursuit of Lucy Banning releases in May, I predict we’ll see Olivia’s new novel on the top of the best-seller list.

One thing that makes the Avenue of Dreams series exciting is the time period it spans: 1892-1896. Those four short years challenged social attitudes and conventions. The women’s suffragette movement emerged as a voice for change. Chicago was the setting for the 1893 World’s Columbian Exposition, a pivotal event for the city and the debut of an explosion of new inventions. The first Ferris wheel was built for the fair and caused a sensation. This is the backdrop for Olivia Newport’s new historical fiction series.

To properly launch the book, we’re having a book signing at the Glessner House Museum on June 5. One of the few surviving Prairie Avenue mansions, Glessner House is a fully furnished home museum. It looks very much like it did in the late nineteenth century, when Lucy Banning visited the home. 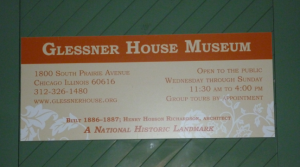 If you're near Chicago, come to our book launch on June 5! 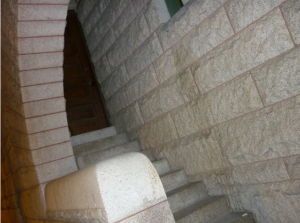 The female servants entrance to the Glessner House

Readers will enjoy The Pursuit of Lucy Banning because of its combination of intriguing and realistic characterizations, fascinating historical setting, and some edge-of-your seat suspense. All of the above are due in great part to the extraordinary storytelling skills of Olivia Newport. Get that comfy chair ready for an astonishing read!

Stephen Reginald is a freelance writer, editor, and blogger. He blogs for South Loop Connection, a blog focused on Chicago’s South Loop neighborhood, which encompasses the Prairie Avenue Historic District. Reginald is an amateur historian whose interest in Chicago history inspired him to volunteer as a docent for the Glessner and Clarke House museums.