One of the great surprises of social media for me has been the community of writers anxious to encourage each other. One of the writers I’ve gotten to know cyberly is Julie Cantrell. Her first book, Into the Free, released a couple of weeks ago, and I admire it so much. The book features a distinct voice of the narrating character, and I asked Julie how she came to find that voice. Here’s her answer. 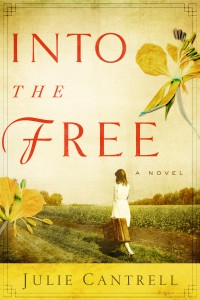 Into the Free by Julie Cantrell

When my family relocated to Mississippi, I read about a Gypsy Queen buried in Meridian and was fascinated. We traveled to Rose Hill Cemetery where we found Kelly and Emil Mitchell’s gravesites marked “Queen of the Gypsies” and “King of the Gypsies.”

I had spent my entire childhood in Louisiana and had never known Romani Travelers lived in our region. I conducted extensive research to find more about these travelers. Unfortunately, much of what I found was contradictory. The details were sketchy, and the story of Kelly’s death had become more of a piece of folklore than anything I could document accurately.

I figured I’d fill in the blanks with my imagination, so I sat down to tell a story about this “Gypsy” Queen. But, it wasn’t her voice that I heard. Instead, I saw a very clear image of a woman standing on the porch of a cabin. She was obviously depressed, disadvantaged, and discouraged. She watched the travelers leave town and longed to go with them, but she was afraid to take that first step.

So, I sat down to write that story, told from the point of view of a woman who dreamed of escaping but who struggled to find the strength. Much to my surprise, it wasn’t her voice I heard either. It was the voice of this woman’s young daughter, Millie Reynolds, who sat in the limbs of a sweet gum tree and watched her mother on the porch.

I never intended to write this story from the perspective of a child, but I didn’t resist what came naturally for me. Millie told me her story in first person, and I wrote it down. It’s not that I was “hearing voices” in the way you might fear. It wasn’t really THAT hokey-pokey, but it’s the best way I can describe giving in to the power of my imagination and letting the words flow organically without resistance.

I didn’t worry about who would read it or what they would think. I never even considered publishing it at that point. I wrote simply for the joy of writing, without any concern about making it fit into a certain box. Because of that, the process was joyful in every way. 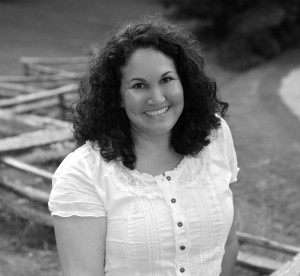 I wrote in the wee hours of the morning while my family slept and I finished the novel in a few months. Only then, when the first draft was complete, did I realize Millie’s story should be shared. I was lucky to find representation from the incredible Greg Johnson of WordServe Literary and incredibly grateful the extraordinary editor, John Blase, at David C Cook took a chance on a debut novelist.

Today, as readers report how Millie’s story has helped them heal deep emotional scars, I realize the power of Millie’s voice. I’m thankful readers are taking time to hear her tale.

Learn more about the Romani Travelers and Into the Free by visiting www.juliecantrell.com.