Confessions of a Workhorse 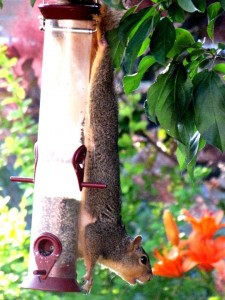 A decade ago I was an in-house editor at a publishing house. Deadlines were unrelenting and unforgiving. Because of the nature of the market we served, the product HAD to go out the door on time. Not three weeks late. Not three days late. We moved projects between editors and designers in brown paper bags intimidating just because of their size, nevermind the screaming schedules stapled to the front. And golleee, could those things stack up in my office.

I was the editorial manager and had to answer to the official scheduler, with his charts and dates, on behalf of the team, so I was especially sensitive about hitting dates. A particular team member was having trouble keeping up for a variety of reasons. One day she was feeling triumphant about having passed on a particular bag that was a bit of a milestone in the flow of things. In I walked to plop another bag in her corner with the due date highlighted.

She did not take it well. “Can’t you just let me celebrate for five minutes before the next thing hits?” Or something like that.

Technically, I was just doing my job, and her emotions about the schedule were her business. On the other hand, I have been called a workhorse on more than one occasion—though generally I inflict my pace only on myself.

But milestones are worth marking. And over the years I have tried to get better about it.

As I headed into the last two weeks of 2011, my writing goal was to finish the first draft of the second book in the Valley of Choice series by January 2—before normal post-holiday life resumed. And I did. (Happy dance here.) Considering I had two manuscripts due to publishers on January 1 (book 2 in the Avenue of Dreams series and book 1 in the Valley of Choice series) and final page proofs to The Pursuit of Lucy Banning due January 3, this was no small feat. Not to mention Christmas. I dang well should celebrate!

Recently I had a random mental image of my life as an Excel statistical pie. Work, writing, family, church, exercise, and friends all had slices. The image reminded me of my workhorse mentality. There is always the next thing to do. I never seem to get ahead of my list. It’s just like me to finish writing a book in the morning and proceed to whatever needs doing in the afternoon without so much as a spoonful of Nutella. Ridiculous, I know.

• How do you like to celebrate an accomplishment, whether large or small?