Who Would Come Looking For You?

I didn’t hear about what happened to my friend Pat until she was out of the hospital and in a rehab center. As I sat and held her hand, I knew she would not go home again. 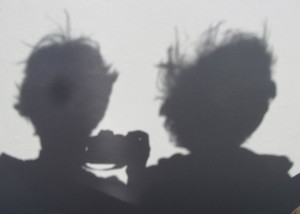 Ninety-year-old Esther had banged on Pat’s door three days ago. She’d come down the hall from her own unit in the senior apartment building because Pat did not answer the phone. Now Pat was not answering the door. Esther’s next step was to insist someone get that door open.

Pat lay on the floor, where she had been overnight. She couldn’t remember what happened. And she couldn’t get up. It’s like a movie, but these are women I know and care about.

Pat and Esther’s stories intertwined when their children married four decades ago. In more recent years, both widowed, they became close friends who saw each other every day down the hall. Now Pat needed to be in a place that offered a higher level of physical care.

It was a wrenching move all around. Wrenching for Pat to accept she could no longer be on her own. Wrenching for Esther to walk past Pat’s apartment, which has since become someone else’s home.

The most piercing pain has been the daily separation. They both have to depend on others for rides anywhere they go, and transit operations involve walkers and wheelchairs. It’s just not the same as daily companionship and friendship. Those who love Pat and Esther, which includes me, wonder how the separation will affect their health in the coming months.

Intertwining stories are the stuff of life. Whether they propel us forward or drag us down, relationships shape our days. Pat and Esther are an example to me to seek out life-giving relationships no matter my stage of life, no matter my circumstance. Few things matter more to overall wellness.

• Who are the people in your life who would come banging on your door?