Christmas in July. And December 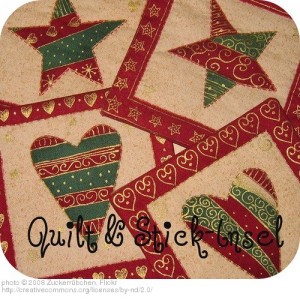 Years ago, I lived in a town with limited employment opportunities. A woman in our church caught me working on a quilt, discovered I was capable of sewing wearable garments (not any more!), and offered me a job. She was the manager of fabric store, part of a national chain.

Retail work seemed like a fantastic adventure. (Not really, but it was a job.) I donned an apron, tucked a calculator into the back of an order pad, picked up a pen, and went to work. (This was WAY before scanning everything and never having to actually do math when you work in a store.)

In the heat of summer, red and green fabrics occupied half the store. Holiday trims dangled from every available hook. Crafters crawled out of who knows where to suck it all up at 50% discounts at a time when most people couldn’t even make their lips say the word Christmas.

By Labor Day I was Sick. Of. Christmas.

Then, of course, December rolled around and all the crafters’ spouses came in to buy gift certificates and last-minute inspirations. (Hint: Christmas Eve is a terrific day to sell a sewing machine to a desperate she-crafts-but-I-don’t-know-what-it’s-all-about dude with a credit card.)

More than two decades later, I find myself in the same rhythm—Christmas in July—for different reasons. Four years ago, the children’s ministry team of the church we belong to now asked me to help them find a Christmas play to do with our handful of mostly youngish can’t-really-deliver-a-line kids. We had not attempted one for several years because we were, well, small. I did look, but anything that was doable for a congregation like ours was borrring.

So I wrote something. Logical, right? Smash hit, if I do say so myself. The secret was I knew exactly what kids we’d have and what they could do, so it was a custom-fit sort of play with lots of youth and congregational involvement.

Guess what? Now I’ve written four plays. The kids have gotten older and can handle more lines, and the number of kids is growing. Everybody gets a part. That’s the point of a custom-fit play. I hand over the script to the children’s team and they take it from there.

In that moment, sweating over a Christmas play in July and August, wrestling out of my brain a creative angle that still respects the biblical text, was worth it. Totally.

The performance is next week. Despite having done Christmas in July, my heart is open and ready for the children to lead me to the manger again this year.

• What is one thing that prepares your heart to receive the Christmas message anew?