What Did Victorian Servants Do? 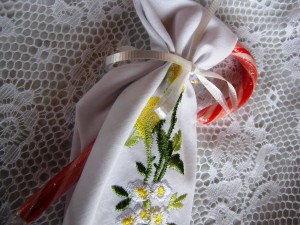 When I was in my early twenties, I lived with and worked for a wealthy family for a few months. They seemed wealthy to me, anyway. After all, they had live-in help—ME. I folded the family’s laundry in particular ways, vacuumed the white carpet in a system that made the nap stand up straight—without showing roller lines—and left the kitchen spotless after dinner six days a week. When one of the kids had a midnight snack and left a plate in the sink, I was the one in hot water if it was still there in the morning. Looking back, I think my employer had a few issues with obsessiveness!

My long-buried memories of this time surfaced while writing The Pursuit of Lucy Banning and learning about life on the wealthy Prairie Avenue in Chicago.

Maids under various titles. Footmen. Coachmen. Butler. Cook. These all typically lived on the premises and worked long hours. Day workers came in for other tasks, such as laundry.

Even a modest household was too much for one person to maintain before so many of the conveniences we enjoy today. So it was not unheard of for a middle class family to hire help, perhaps in exchange for room and board. On Prairie Avenue, though, the numbers multiplied.

Thousands of people must have worked on Prairie Avenue in its glory days. Servants ate in the kitchen and slept in the attic. Many were immigrants. Those who spoke English had a better chance of being hired on Prairie Avenue—the Irish, for instance.

• The butler ran the place. And if the boss was looking for him, he had better be visible, pronto.

• The footman did the heavy work—all around handyman and errand runner—but still showed up to serve the soup. He put up with the grunt work because perhaps someday he could be a butler.

• A ladies’ maid attended to every detail of the clothing of the women she served, from lingerie to hats to skirts. No more throwing your favorite shirt back in the closet because you still haven’t put the button back on.

• Housemaids made sure the house was spotless.

• The cook ruled in the kitchen and over the staff required to produce banquet quality meals for the family and frequent guests.

• Nannies or trained nurses looked after the children.

• Coachmen looked after the horses and carriages and did all the driving.

While Prairie Avenue is famous for its high society wealthy residents, I’m sure the servants had a society of their own. Friendship, bartering—perhaps even romance?

• If you were hiring help for your household, what would be the most important factor in your choice?