Taking Care of Your Baby—Then and Now 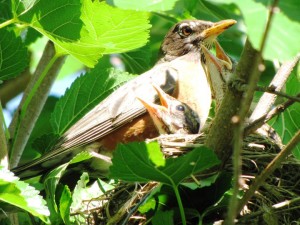 While I was researching for The Pursuit of Lucy Banning, I found an amazing book from the time period. The Care and Feeding of Children: A Catechism for the Use of Mothers and Children’s Nurses was published in 1894, perfect for my needs. (But I can’t tell you more than that without having to put up a spoiler alert.)

L. Emmett Holt, M.D. wrote this book. He was a professor of diseases of children in the New York Polytechnic, attending physician to the Babies’ Hospital and the Nursery and Child’s Hospital in New York.

In other words, he knew his stuff. I thought you might enjoy a few excerpts.

What is the best infant’s food? Mother’s milk.

What must every infant food contain? The same things which are in mother’s milk.

Okay, that sounds like some good common sense! How about this one?

What are the most essential things in the clothing of infants? That the chest shall be covered with soft flannel, the limbs well protected but not confined, and the abdomen supported by a broad flannel band, which should be pinned snugly but not too tightly.

How often should the nursery be aired? At least twice a day—in the morning after the child’s bath, and again in the evening before the child is put to bed for the night. This should be done thoroughly, and the child should be removed meanwhile to another apartment.

I think they had a different common meaning of “apartment.” This next sequence Cracks. Me. Up.

At what age may playing with the child begin? Never until four months, and better not until six months. The less of it at any time the better for the infant.

What harm is done by playing with very young babies? They are made nervous and irritable, sleep badly, and suffer in other respects.

When should children be played with? If at all, in the morning, or after the midday nap. Never just before bedtime.

• What childcare advice do you think has changed the most in your lifetime?