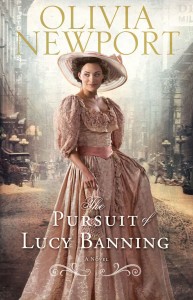 I’m thrilled with the cover of my first novel!

Lucy Banning was born on October 8, 1871 in Chicago. Does the date ring a bell?

Mrs. O’Leary’s cow usually gets the blame for the Great Fire of Chicago, though it’s unlikely the poor cow had anything to do with it. Put too many wooden structures too close together, add a spark and a swift fall wind, and you get disaster.

Mrs. Banning, in the meantime, was upstairs in the family home on the north end of Chicago having a baby. The events of that night changed both the family and the city.

Because so much of north end of Chicago burned, it was the perfect time to push the boundaries of settled neighborhoods further south. Even families who did not lose their homes in the fire took this opportunity to move. Many wealthy families looked to plots available on Prairie Avenue. Real life railroad magnate George Pullman was one of the first to build a mansion on Prairie Avenue, in 1873. By 1877, just six years after the fire, the concentration of Chicago wealth had shifted to mansions in the south.

Like many of their friends, Lucy’s parents opted to leave their north end neighborhood and build a mansion on Prairie Avenue.

Lucy is twenty-one years old when her story opens. While her birthday is not a major event in the story, in my mind I’ve given her a birthday important to Chicago’s history to help me focus on intertwining the stories of the Avenue of Dreams series with recorded Chicago history.

When I visit museums and historical displays, I always immediately wonder about ordinary people who lived through real events. Through my own stories, I get to bring those ordinary people to life in characters I create.

• What grabs you most about a book cover?