Life on the Spectrum 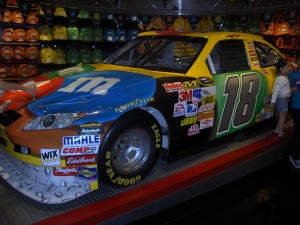 The little guy balanced himself over the front edge of a cavernous toy box and dug through the contents. I remember his blue corduroy overalls as his head went lower and his feet went higher. But I remember what he said even more clearly.

“Hey! I see something down there. What is that?”

Robby was a couple of months younger than my son, who was not quite three. I had just delivered Caleb into the care of two church nursery volunteers and was on my way out when Robby’s speech stopped me in my tracks. My son’s most complex utterance was “Mommy hug,” and I had never seen him curious enough about the toys to dig through them the way Robby did. In that moment I realized Robby was the typically developing child, and Caleb was the unusual one.

On a community preschool screening test a few weeks later, Caleb got no points in the language section. Zip, zero, zed. At other stations, testers had a hard time making him understand what they wanted him to do. He kept running from the test table and into my arms saying, “Mommy hug. Mommy hug.”

Essentially, he failed the screening.

I was a horrible mother. I’d let my son get to the ripe old age of three before admitting something was not right.

A trail of evaluations led to the prevailing opinion that my son had what doctors now would call an autism spectrum disorder. But this was twenty years ago.

My life’s story shifted on a permanent seismic scale. I was on my own.

The way life plays out is hard at times. It’s difficult not to be jealous of the green grass that seems to grow under someone else’s feet.

After his resurrection, Jesus takes a walk on the beach with Peter to tend to some unfinished business (John 21:15–22). Despite Peter’s denial of Jesus, God still has plenty of work for Peter to do. Peter is going to love and feed the sheep who follow the Shepherd Jesus. When he is old, he will die a tortuous death and glorify God even then. Peter glances over his shoulder at John, who is following them.

“What about him?” Peter asks. Maybe he’s thinking, Why do I have to die the ugly death? Why not him?

“Don’t worry about John,” Jesus says. “If I decide he should live forever, that’s none of your business. Concentrate on what I’m asking you to do.”

And still on the spectrum.  Kids don’t outgrow that.

I still don’t know the end of his story. Trying to see the big picture is overwhelming. I simply don’t have all the pieces. But I can work on the part of the picture I do have the pieces for.

Every day, as my son leaves for work (yes, he drives and uses computers and handles money), he says, “I’m going now.” And I say, “Remember I love you. Go with God.” That’s the piece God wants me to put in place today.

• What pieces are you putting in place in the puzzle of people you love?